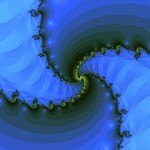 I had a hard time finding Timeless. I got flustered at the transfer and took the wrong bus, then got off and had to walk pretty far, not really sure of the way. My phone’s GPS was no use, the signal cutting in and out among highrises. The city neighbourhoods felt almost schizophrenic, with patches of run-down, scary-looking buildings dotting high-traffic, polished commercial zones. I started feeling the streets as a repeating background loop, the same 4-corner Starbucks, Drugstore, Bank, Restaurant over and over. By the time I found my way to the other side of the tracks, I was sweating and puffing and wondering why I had bothered.

When I finally arrived, Timeless loomed large on the corner of the main street and a tight allyway. Formerly a stately building now in various states of (dis)repair, Timeless sported the expected giant marquee, regal stone steps, huge red double-doors and lions-head knockers. It was all just a bit shabby short of sheik. If the brickwork looked a little crumbly, that only added to the authenticity in my books. I climbed the steps in eager anticipation, reached for a knocker, knocked loudly, and waited. Nothing. I looked around for a buzzer, aware that I was being watched curiously by several people loitering on the street. I felt embarrassed and unsure. I was definitely in the right place. I pulled the handle, but the door didn’t budge. I tried the other door, same deal. Frustrated, I skipped down the steps two at a time, and peeked around the edge of the building.

The ally-way was just wide enough for a single car, dusty and strewn with various refuse. About halfway down, on the ground with his back against a propped-open door, sat a teenaged boy with his eyes closed and an unlit cigarette dangling from his fingers. Above him, laundry hung on taught, thick lines stretched across between the buildings. For a moment, I imagined one of the large-cupped bras falling directly on the kid’s head, a minor amusement insufficient to distract my grump.

The boy didn’t acknowledge or even seem to notice my approach, and I got suddenly overwhelmed by the effort it would take to speak to him, or ask about getting in. Drained, about ready to call it quits and go home, I surprised us both by sinking to the ground beside him, bricks solid against my back. For one brief moment, his eyes lit with curiosity, like I presented an unexpected spectacle. But before I’d even registered his interest, he stared back down at his lap, closed off.

“Are you sitting here for a reason?” he mumbled, without turning his head my direction. I got the impression he was both very tired, and very shy.

“The doors are locked. Trix told me to come today.”

He laughed a quick and unexpected “huh,” glancing at me briefly. His eyes were the colour of milk chocolate flecked with golden toffee; they darted away like a squirrel’s.

“Oh, she TOLD you. No asking for Trix!” he exclaimed. I couldn’t figure out whether his tone meant admiration or criticism. I had a sudden sense that Trix had recently hurt his feelings – I constantly got flashes like that from the way people said things, a certain turn of the mouth, hunch of the shoulders. I thought it meant I was empathic.

I found something vaguely, disturbingly familiar about this boy, like when you can’t place a face but maybe he was a wanted criminal from the back of a bus, or someone’s cousin met at a wedding. A thick black spike through his freckled nose made him seem young and vulnerable to me, although his manner seemed older, maybe eighteen or twenty. He evoked a strong tenderness in me that I couldn’t explain, like I imagined I’d feel about a kid brother if I weren’t an only child.

“I’m Chrissy…uh, Christine,” I stumbled, and immediately wanted to kick myself. I was determined to be Christine, not Chrissy, in this new life, but old habits die hard, and I’d messed up my first intro in this place. He didn’t seem to notice, though.

“Jamie,” he replied, hauling himself to his feet. He held out a hand, callused skin and dirty finger nails; I felt proud I only hesitated a second before taking it. He pulled me up with surprising strength, sinews rising on his mottled arms. Jamie stood only four or five inches taller than me, but his frame held the gangliness of a much taller teen. His version of skinny fell just short of gaunt, slightly sunken cheeks telling the gravely story of past eruptions. The tracks scarring his arms looked old, but I wasn’t sure if that meant he wasn’t using or he’d moved on to other body parts. He didn’t seem high.  As Jamie turned to open the door, his longish hair fell away, and I noticed a burn scar along his lower left check and the top of his neck. Of course, he noticed mine at the same time.

“Hey,” he cried, guard down. “We’re twins!” When I didn’t reply right away, he seemed even more awkward than before. He motioned to his neck, and to mine, with hands that floundered in the air.

“More like mirrors, actually,” I replied, cautious and clearly ending the conversation. My own burn isn’t something I think about much anymore. An accident with hot grease when I was a kid left a discoloured, puckered sweep from my jawbone down the right side of my neck. It’s the kind of thing people might not notice, depending what I’m wearing, or suddenly notice the second or third time we meet. My hair mostly covers it. I don’t consider it much, but I didn’t like him reminding me about it.

I followed Jamie into the building. The shallow, metal-grate landing barely held us both as he reached behind me to slam the door shut. When he gave it a rattle to be certain, I thought we would both topple over as his hip bumped against me and the staircase wobbled. Jamie looked down at my body in such close proximity, a sly grin crossing his face before he turned and bounded down the stairs like a puppy.

The stairs ended in a tunnel, which led to a fork, where Jamie flew down the hall to the right. I followed. The hallway twisted suddenly left into a large, open, low-ceilinged area that I guessed sat under the stage. I found myself in a semi-chaotic workshop. Except for two pristine work tables and an impeccably-made cot, every inch of space held something. Tools, paint, material, lights, instrument parts, open circuit boards, lumber…I couldn’t take it all in. Several intense, abstract panels of colour lined one wall, so big I didn’t know how they would get out the door. A full-sized sheet hung from the ceiling so that it touched the floor, still wet with an intricate design of muted phosphorescent colours.

Something large and heavy fell almost directly over my head – instinctively, I ducked. I glanced quickly at Jamie to see if he’d noticed, but he stood with his back to me. I heard fast, heavy footfalls above, and a muffled, heated conversation.

“Well, so, this is where I live?” offered Jamie, turning shyly.

“I’m here all the time, anyway, it’s easier. It’s not special treatment. I do production. Like, stage, lights, and now I have to do sound? I work with the mentors and the kids. But mostly, I like to make stuff.” His voice rose at the end of his sentences, like I was a teacher come to inspect the premises. I felt a little sad that I couldn’t reach across the gap to him. We were so different. I gestured toward the freshly-painted tapestry.

“So this is your work? Really cool! is it a backdrop?”

Excitedly, Jamie scampered to the sheet.

“Big show on Friday! Trix wants SPECTACULAR! I got these paints leftover from a production at the Royal. Guy I know there let me take them. Doesn’t look like much now, but when the light hits it, POW!”

He slammed his fist into his hand while doing a little jig, one knee and the other, then remembered himself and looked down shyly. I laughed out loud – I couldn’t help myself. He peeked up from under his eyebrows like a favourite child who knows he’s pre-forgiven for whatever mischief he might conjure. The smile we shared made his pock-marked face dazzling. He was a good looking kid, after all. Then, before my eyes, Jamie suddenly crumpled.

“But maybe it’s not that good,” he mumbled, looking down, talking to himself. “I don’t think she likes it. She…” He broke off, biting his lip. Abruptly, he bent and started cleaning up newspapers and brushes on the floor. So I was right – Trix had hurt his feelings. I crouched beside him to help clean up. He didn’t look at me.

“I think you probably want Trix – she’s on the stage.” He pointed up.

I realized he had reached his capacity for interaction at the moment, but I still felt a little stung at being so summarily dismissed. I moved to the door.

“Hey,” he called. The way the light and shadow cut his upturned face, he looked about six years old. “Good luck!”

“Um, thanks,” I laughed. It seemed an odd parting thought, but, whatever.