You are here: Home » Uncategorized » Saturday Night: Dishes with Rekha 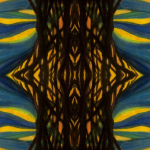 I opened the door. Tim and I bobbed our heads, self-consciously slipping by each other through the narrow doorway. Out in the Living Room, Freida and Rekha carried cups to the kitchen.

“No, no, of course we won’t leave you in a mess, Christine. You’re just settling in.” Rekha touched my arm on her way by, reassurance of good intentions. Her hand lingered longer than I expected. I headed kitchenward, lest they think I hadn’t been planning to clean; which, in fact, I hadn’t. Luckily, Tim emerged from the bathroom, so Freida headed back to the front door.

Tim sat on the linoleum, fumbling with shoe-laces while his spindly knees threatened to break right through his jeans. “So, I’ll see you Monday morning Christine?” he asked, looking up at me expectantly. I blinked like a deer in headlights. Chris hurried over behind me.

“I’m sorry, we haven’t seen each other all day. Christine, Tim says he can have students for you Monday, if you want them.”

“Well, this week, anyway,” corrected Tim, scrambling to his feet. “Monday there’s the paperwork, a standard test, watch the orientation video. We’ll record you and get your bio for the website, and that’s it. I’ll get you a client list and materials, and you work the schedule out with them. ”

I managed to clunk out a few gears.

Tim regarded me shrewdly. I knew he understood immediately that Chris had over-promised without consulting me, but he decided to save us face by pretending otherwise.

“Right! Exactly! I’m sure Chris mentioned I’m district branch manager for ‘Your Kinda Music.’ We offer private in-home lessons for privileged children. You’ll take a thirty-five dollar cut for your hour. Someone with your…pedigree, we won’t have trouble filling your schedule. Listen, I’ll tell you all about it Monday. Chris can give you directions, right Chris?”

Tim reached out and shook Chris’ hand. I felt vaguely like I’d just been farmed out as chattel; men making deals. I brushed away my unfairness. Freida leaned over and kissed my cheek, then unexpectedly moved to kiss the other cheek as I turned away. So awkward. We smiled through it, and they were gone.

For about ten seconds of first reaction, I seethed, thinking how Chris had clearly committed me to something I knew nothing about. But almost immediately I felt a surge of relief. The job situation, magically resolved. I could make my schedule. “Your Kinda Music” was likely not MY kind of music, but at thirty-five bucks an hour, I could get with the program. Sure beat getting my ass pinched for tips, right? Regardless of my reaction, Chris had already moved away. Was he oblivious, or seeking to avoid my already-expired wrath?

“Lance, I did want to show you this model I’ve been working on before you go – I’m a bit stuck and I need your help.”

“Just let me look for ten minutes, so I can sleep on it – okay, hon? Chris? Christine?” He seemed like a big little boy, eager for compromise. He looked very cute, an innocent Prince Charming. I found myself smiling at him encouragingly, nodding my head. Noticing that, I moved to the kitchen where I belonged.

Rekha stood elbow-deep in suds, washing our garage-sale glasses. She had removed her elegant rings, and they sat brilliant in stark contrast to the cheapness of our countertop. I grabbed a towel from the drawer where Chris kept them, neatly folded. I started drying glasses and putting them away, hoping Rekha didn’t notice the stains on the shelves.

“I find myself wondering what you think of Trix, Christine,” came Rekha’s opener. Her lattice-textured eyes reminded me of the bark on my Climbing Tree. I glanced her way, feeling cheeky.

“Yes, I find myself wondering the same about you,” I countered.

She smiled, and didn’t hesitate to answer.

“I think that Trix is…something else entirely. She is so right, that sometimes it feels wrong. It’s like something is missing, but you can’t say what.”

I didn’t know how to respond to that.

“I don’t know her very well,” I blurted, a sideways betrayal. It didn’t fool Rekha.

“Trix has a way of…sucking people into her vortex. It’s an interesting experiment they’re doing, to be sure.”

“I think she has star potential,” I offered, as though to right my wrong.

“Oh, I never said I doubted that. It’s just a strange thing, doing youth outreach to create stardom for yourself. It sounds perhaps too much like a cult.”

“Is that what they’re doing? It didn’t feel that way to me. Just, a bunch of people interested in the same thing, loving music, getting ready for a show.”

I saw that Rekha held a question in her eyes, but she didn’t ask. I felt disappointed. Instead, she opted for what I was starting to see as her signature: tepid, open-ended non-disagreement.

“Yes, it could be just so. I’m glad you had a good day there. Will you play with them on Friday?” A fast topic switch, meant to catch me off guard. It worked.

“Yes. I think so. I mean, I want to. It’s just…a lot to take on.” I always end up telling the truth when I have to answer cold. But sometimes the truth belongs just to me, and I felt like Rekha was plucking at my innards. The moment I answered, I resented having given her my nuggets of truth.

“Do you find it a little intimidating, perhaps?” My hackles rose. After an off-balance day, this woman pushed all my buttons.

“Why do you say that? You don’t know me.” I felt my face flush. I noticed the unreasonable rate at which my ire rose. Rekha modelled reason, caring and good-guestedness, while I, her host, got hostile. I had a responsibility not to take her prodding personally. I tried to focus my breath to my belly while Rekha smiled kindly. I felt lucky to have the dishes as an excuse to turn away.

“Anyone would be intimidated by Trix, Christine. I know that I am. She is larger than life. And this performance is no small thing. Maybe you are not aware of the buzz that already surrounds Friday’s show?”

I felt deflated by her gentle insistence that I acknowledge my humanity. I sighed.

I reminded myself that she intended her sympathy as supportive, so it was my job to receive it that way. She interpreted my silence as openness to advice.

“While you are getting your bearings, Christine, may I suggest that you be careful how involved you get with Timeless? Trix will always serve her purpose first, you know.”

People acting in their own interests was news? She must have thought I was a child. I wished she would stop using my name, like a social worker. She triggered my middle-finger-to-authority response button. I could hardly stay civil, even though I knew that was unreasonable. In spite of myself, I reacted to her friendly suggestion as criticism.

“Isn’t everyone likely to serve their own purposes first?” I challenged.

Rekha adopted a thoughtful posture and appeared to ponder.

“I suppose, to some extent or another,” she admitted. “The thing I can’t help but wonder is this, Christine: if this big show is a success, what then? If Trix becomes world famous, out-selling the Beatles, will the young people who worked so hard to get her there come along for the ride, or be left in the dust?”

I felt very defensive, like I was being forced to answer for Trix when I knew almost nothing about her. I compared the two women. Trix had pushed me into intimacy as well; maybe they weren’t so different. But for me, Trix’s questions had felt like aggressive curiosity, while Rekha’s felt like jostling for control. Trix had been looking for my answers, but I had a sense that Rekha wanted me to arrive at her answers.

“I don’t know,” came my honest answer at last. Rekha smiled, and in a moment I found myself completely reconsidering my reactions to her. Her eyes softened, her smile exuding sisterly sincerity. For the first time she felt real to me, more than surface – maybe her intentions really were good.

“Christine, I like you. I’m sorry to put you off. I don’t waste time – this is me. I will tell you what I see and think and you can do what you want with it. I’m not saying you shouldn’t have fun playing with the band. I just encourage you to pay attention. I mean it kindly.”

I believed she did, but it still ruffled my feathers. I didn’t know what to make of Rekha. I felt like a kid in grown up clothes around her.

“How do you know Trix? Did you play with the band?” I asked. Rekha laughed.

“No, no, I don’t play anything well enough to inflict it on the public! I helped with the outreach program, leading group sessions and providing individual counselling.”

Ah, ha! Social worker. I so called it!

“You’re not still doing that?”

I waited. Sometimes if you leave enough silence, even the most seasoned will crumble to fill it. Rekha sighed.

“I practice the professional discipline of psychology. Trix operates by her own belief systems. There were times when we seemed to work at cross-purposes with the…clients. She didn’t see it that way – she felt our approaches were complementary and she was not willing to bend. I felt I couldn’t continue.”

Rekha handed me the last glass and pulled the drain. I passed her a fresh towel for her hands.

“Thanks for doing the dishes,” I said blandly.

“Thanks for having us over. Chris is a special man, so we’re glad you’re here to take care of him.” Politeness blanketed us, smoothing over the rocky conversation.

We four converged on the door as if by hidden signal. Arriving and leaving have always been my least favourite parts of social interaction. Do you hug? Shake hands? Nod? Kiss? If my choice is less intimate than the other person’s, am I considered rude? It’s like playing rock, paper, scissors for social points.

“I think you’ll like working with Tim,” shared Lance as he shrugged into an expensive leather jacket. “He’s an interesting guy. It was nice to finally meet you, Christine.” He leaned in and hugged me, his cheek lightly sandpapering mine. What did he mean “finally”? If anything, I felt like Chris and I were sudden, not long-awaited. Maybe it was just a turn of phrase, but it seemed an odd thing to say.

Rekha took both my hands in hers. “I can’t wait to see you perform on Friday!” she exclaimed with obvious anticipation.

“Thanks,” I choked out. Strangely, the thought of playing in front of strangers hadn’t bothered me, but knowing that Rekha planned to be there put a knot in my stomach.

I felt Chris’ eyes on me, and realized my mistake in an instant – that Rekha knew I was playing when he didn’t probably violated his unspoken hierarchy of news-telling. Would he be hurt? Angry? I didn’t feel up to finding out.