You are here: Home » Uncategorized » Saturday Night: In the Bathroom 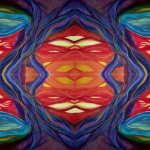 I sat on the toilet, head in my hands. I had heard too much to process. My brain hurt trying to wrap around the various impressions of Timeless, Trix and Bash, as expressed by this group of people. I took a breath. I pictured my questions and thoughts as the tenuously trembling fluff on a dandelion stem. In my mind, I blew gently and watched them float away, knowing I’d need to gather them back up at some point. I let a wave of calm descend on me.

My phone buzzed with a text. I roused myself and looked at the screen. Oh. Ethan. As I watched, the texts kept coming, buzz buzz buzz.

An oft-overlooked later verse to You Are My Sunshine. He typed all that on those tiny, little keys with his big, clumsy thumbs. Poor Ethan could be a bit of an over-romantic at just the wrong moments. Sweet, but then so’s a marshmallow. He just wanted to be content, all the time. He didn’t inspire my kindness anymore.

He had a point. I hadn’t done any actual work, and I’d made this mess, after all.

Nothing back. He was pouting

Well, it felt like progress. I sighed, missing how easy things used to be with Ethan, the only friend I’d always had. I’d known Ethan since we were little – the kid next door to my grandma’s. My band mate before there even was a band. We started having sex at fourteen, “to get it over with,” we said. I felt natural and safe, trying things out with him – we learned a lot! We could be amazingly blunt with each other – rub a little softer, put your tongue here, try longer strokes, don’t do THAT! We became confident, and eventually wanted to try it out with other people, so we did. I never wanted to date him back then – our relationship was not romantic. He was my best friend.

Ethan and I ruled the set in high school. Wherever we sat around playing guitars for fun, that was where the party happened. A picnic table on the beach, crashing some rich girl’s party, holed up in a drug-dealer’s basement, the 7-Eleven parking lot – it didn’t matter. Around us, barriers broke down. Cheerleaders might find themselves at the same gathering as head-bangers and vampire goths. Something about Ethan made everyone feel at home, and something about me seemed edgy and adult, or something. Together, those qualities created a kind of universally-appealing cocktail, especially when we made music. It’s not that we had a lot of friends, it’s that people and their friends liked being around us. We were golden.

We started taking music on the road at sixteen. Sparsely populated dives and church basements, but we showed up full force, enthralled with the idea of being “on the road.” Weekend warriors, only as far as we could drive in his dad’s van, our drummer a pudgy farm-boy and never sure which of Ethan’s friends could get off work to play bass. We played lots of covers, tossing in a few of our first wriggling attempts at song writing. We sucked.

But in our home town, we always filled our local hangout, “The Status Quo” to capacity for our shows benefiting local waterlands, or fighting the evils of extra packaging on our fast food. We were popular, in demand.

I kept my grades up to keep my Grandma off my back. Applying for University became just another set of papers that adults dropped in front of me. That’s how much attention I paid. I never intended to go, even when I registered. My Grandma had saved pennies my whole life for my tuition. I didn’t have the heart to tell her it wasn’t enough for me.

That summer after graduation, we hit the road for real. My dad’s old buddy snagged us a few off-third stages with a travelling show much bigger than us. On a day-lit stage we helped build, we played mostly originals to varying crowd responses. But several times, I got invited to jam with some pretty impressive acts with better time slots on bigger stages. That summer I knew what I wanted.

Ethan had the opposite reaction. It’s not sustainable, he told me. That life, it’s not a life, it’s just a show. I thought he was being morose, maybe jealous. But he shook my confidence. He wouldn’t come on the road with me after graduation – not yet, he said. Reluctantly, I agreed to a year of school before deciding. We moved in together for convenience. We noticed we were only sleeping with each other lately, and it turned into monogamy. We settled into student life.

School demanded more of me than I’d expected. We played less and less frequently. Ethan and I both worked at a local pizza place to scrape by – him in the kitchen, me waitressing and sharing my tips. I got very involved volunteering with the student orchestra and even a little obsessed with taking classical compositions from their intended instruments to acoustic, electric and classical guitar. I could see the appeal of deepening my knowledge, and I appreciated the respect accorded classical music. I liked being part of that. It felt like another level, and I was proud to find myself swept up in it.

A few years later, facing graduation, Ethan told me he was applying to grad school. My professors were very encouraging, and I followed suit. I won a nominally-paid spot on the University’s professional orchestra to augment my T.A. salary. It was all made very easy, and I kept myself too busy to notice my dreams dissipating. Then, about two weeks before Christmas, Ethan suggested we both try teacher’s college. Just another year. Just a backup. Think about it, Chrissy, a little house, summers off to bum around and play music. It could be a nice life. But, you know, it’s just an idea.

Something cracked. I couldn’t see him the same way anymore. He wasn’t a pre-rock star, he wasn’t an amazing musician-in-training, he was just a guy who wanted to teach long division to third graders so he could sit at his backyard pool noodling around all summer. Before my eyes, his stomach seemed to expand, pink skin showing under the hair, inflated by a beer belly I’d only begun to suspect. I watched his hairline recede, just a bit, so he’d always look a little surprised, like his forehead was too big. I saw him standing at a barbeque flipping burgers in a backwards baseball cap and a black skull-and-crossbones apron to show he’s still rock and roll at heart. Pulling out the guitar around the campfire in summers with the kids, reminiscing about the old days. That was what he was.

What did that make me?

I stewed on it. Days went by and we hardly talked. He tiptoed around me. He tried to start conversations but my answers stayed short, and if I didn’t have anything to say, I just shrugged. I didn’t try to start any conversations. Ethan left for Christmas with his family the day of my big Christmas Concert, like it was nothing, and that night, Chris showed up back stage behind a big bouquet of flowers. Chris, who was going to travel the world and fix it with data models.

A timid knock interrupted my reminiscence. I wondered how long I’d been in the bathroom, and worried that I’d been missed. I washed my hands, looking in the mirror. My hair had gone insane. I tried patting it down to no avail. My eyes shone red. Ah, well. No choice but forward.