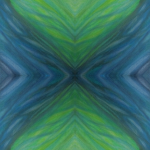 As the door closed, I felt myself deflate. Chris caught me in his arms, not angry after all.

“Poor little one, so tired,” he cooed. I let him take most of my weight and deposit me on the bed.

“I should brush my teeth,” I murmured.

“Shh,” he whispered, stroking my hair and the edges of my face. I started drifting off to sleep, when suddenly, I remembered that I had a question for him. Without opening my eyes, I murmured, “Who’s Luca?”

Chris’ hand stopped moving, then removed itself to his lap. He sighed, muttering something to himself that could have been “of course.” He sighed again before resigning himself to answer my question.

“Luca was the sound technician at Timeless last year, before my sabbatical, before we met. You might as well know, for awhile I thought I might be in love with her.”

My eyes shot open, but I didn’t move. I chose my words carefully.

“Now I don’t.” He spoke firmly. Even a hint of…bitterness?

“Because now I am in love with you, so I know better.” I felt suspicion ball up in my tummy.

“That’s nice and simple.” I could hear the brittle control in my voice. Too much thinking and feeling in one day. I didn’t want something else to deal with. Why had I asked this tonight? The longer Christ took to respond, the more anxiety filled my head. I was usually good at waiting people out, but my tired fought with how urgent these questions felt to me, now that the box was open. I propped myself up on my elbow.

“It’s complicated. And it has nothing to do with me, anyway.” That last came out tinged with real anger in spite of him. I was starting to feel like this conversation came later in our relationship than it should. Our messed-up start really had me off-kilter.

“What’s that supposed to mean, nothing to do with you?” Shrill, but I couldn’t stop. “You tell me you were in love with someone before we met – well, okay, that happens. She left, and I’d like to know why.”

I could hear my rising hysteria, and I wished I had eaten something more substantial when I’d gotten home. Chris seemed frustrated. He started to talk, then stopped. He stood up from the bed, walked around, and came back to stand in front of me. He crossed his arms over his chest protectively.

“Look, Luca’s a tranny, okay, Christine? Like, she used to be a guy, but now she’s…he’s…I was the only idiot that couldn’t see that. She left for whatever reasons she left, and didn’t think twice about me or anyone else. Anything we had was just my ridiculous imagination, and it doesn’t even matter because I could never be into that, okay? Does that satisfy your curiosity?” He turned sideways, staring at the wall.

Poor Chris. He couldn’t stand getting publicly caught in ignorance of common knowledge. Embarrassment coupled with a broken heart – no wonder he hadn’t raised this topic willingly.

“Hey,” I whispered softly. He turned, his mouth set defensively. I realized he thought I might laugh at him. I opened my arms, offering silent sympathy to melt his defiant stance if he would let it. His face crumpled with what looked to me like relief. He sank down on the bed, settling his head on my chest, his nose and mouth nuzzling comfort from my breasts. I wrapped my arms around him and promptly fell asleep, the day finally beyond me.