(Author’s Note: This scene begins with someone letting Trix know that Bash is in the office with social worker. Trix is upset, barges in. Important to note that the social media buzz, neighbourhood issues are heightened. )

“What’s happening?” Trix asked before she’d even crossed the threshold of the door.

“Ms. Rankin is here requesting an inspection.” Bash’s quiet, gentle voice sounded almost compassionate, as though he felt sorry for Ms. Rankin, that she was required to make such an unreasonable request.

“An inspection of what?”

“Of our records, and interviews with the wards and volunteers.”

“We’re on the verge of a major show here. Everyone is too busy for your bureaucracy.”

“You are required to let us inspect your records.”

“With adequate notice or a court order. Do you have one of those?”

“Then, out. I’m happy to talk with you next week.”

“Or reasonable suspicion that you aren’t following the rules.”

Trix narrowed her eyes at Ms. Rankin, who visibly shrank back.

“Be explicit, Ms. Rankin. Why are you here?”

“We have reason to believe you have children working here.”

“The whole team is over sixteen. Any younger volunteers are signed in and out by their guardians.”

“That’s the policy, yes, but my question is how well that is enforced.”

“You people are unbelievable! We try to work with you and you turn it around into a witch hunt.”

Bash stepped forward and took Trix’s hand in his. I saw them exchange a squeeze before releasing. Trix stepped back. Bash retook the conversation.

“We have spoken already about Latchkey…that is, Nigel’s forged release, and our honour policy to allow him access pending verification. When we discovered his situation, we called you immediately. There is nothing to suggest our systems are ineffective, and I know first hand, they are no slower than your own.”

Ms. Rankin listened with the impatience of one who is waiting to play a card that she knows trumps yours. Bash had barely finished speaking when she pounced.

“But he was here overnight. You had a child here, overnight. That can close you down.”

“We did not.” Trix stated it flatly.

“You did. Two nights. He told us that during intake.”

Trix turned her back on Ms. Rankin, and I could see why. Her face at that moment was not for the uninitiated. They could mistake her for a demon enraged.

“I’ll find out,” she said, turning to talk to the wall.

Bash stepped forward, politely crowding Ms. Rankin so that she took a few steps to the left, putting her on path for the door.

“Clearly something happened with this one boy, but we cannot be sure he is telling the truth – he already lied to us once. I can assure you that we will determine the story and address what is needful. I will submit an appropriate report.” He was all gentle civility.

“You know what people are saying. It’s my responsibility to protect these children. I want to meet each young person working and staying here, and review their records.”

“Yes, but you do not have the authority to compel that today, and I must politely decline to accommodate you at this time. If you come again next week, we can talk then.” There was no compromise in Bash’s tone – he was pleasantly stating the facts.

“I’ll come back with a court order tomorrow. Is that what you want? Isn’t it better to let me talk with the wards today, not inconvenience your show?” She sounded like discovering this power had just made her week.

Bash smiled, as though they were discussing predictions for the weather.

“I think maybe it will take you two days, at least, if you have friends in the right places, which again brings us to next week. So, thank you for informing us of what you learned from Nigel. We will ensure that nothing similar happens. We are busy and I must ask that you leave the premises.”

He placed his hand on Ms. Rankin’s arm and shepherded her through the door.

Trix stood facing the wall. I could hear her deliberate breathing, occasionally escaping in a huff. Trace peeled herself from the chair where she’d been silently observing and walked to stand behind Trix, wrapping her arms around her waist from behind. I noticed that she was tall enough that her face cleared Trix’s shoulder – I would have had to lay my own cheek just below her shoulder blades.

Trix stiffened, then sighed back, sinking into a familiar comfort. She hugged Trace’s arms closer to herself and bowed her head, allowing herself anguish while Trace held her in a safe space. They were no more aware of my presence than if they’d been on a television screen. This from-behind glimpse into their relationship told me more than I wanted to know. They knew each other on a level I’d never reached with another person.

At the same time, I couldn’t help but think Trix was overreacting. Surely this was not the first run-in with government workers, given what they were doing. I wanted to leave, but didn’t want to draw attention to myself. 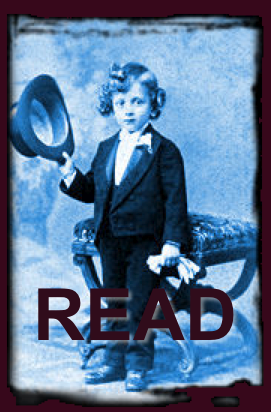