You are here: Home » Uncategorized » Saturday Evening: Trace and Paperwork 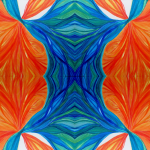 The front lobby looked dark except for a string of lights over the snack counter. I almost didn’t see Trace standing in the shadows until she moved so those lights caught her champagne hair, sleek white jeans, glint of teeth. Her smile called me friend, but I didn’t buy it.

“I was hoping I’d catch you, Mouse.” She curled her tongue around the nickname gently with a wry humour that knew it got under my skin and thought I should get over it.

Trace rolled her body a little to lean against the counter, regarding me sideways, a cat flirting with the furniture. I noticed her almost-flat upper lip and very slightly down turned nose, these minute imperfections only enhancing her loveliness by flourishing her smile. She totally possessed the words beauty and grace as I imagined them. I worked to quench my quick burn of envy.

“Right. Let’s just stick with Mouse. You know, you never should have hit that stage without seeing me first. I need to take care of you.” Her tone sounded coy. She made me nervous.

“Take care of me?” I squeaked.

She straightened her posture, assuming a more business-like air.

“But I was just…” I started, but she glided beside me, dropping her hand casually on my shoulder. I felt a little powerless to resist as Trace moved us towards a windowless, unmarked thick steel door just behind the snack counter. Using a key, she opened the door and slid a guitar pick into the hinge to prop it open. Before we left the lobby, she pointed to a large sign I’d failed to see, but which I never could have missed if I’d come in the front doors. A rough piece of wood, about four feet wide, hung dead centre. Its neon orange glow a blinding backdrop for the hand-painted purple inscription:

The world is watching.

I loved the extreme messaging – it sounded just like Trix. Beneath the sign, someone had graffitied ornate lettering that looked like they’d misspelled sex: sXe. I wondered if Trix had painted the sign herself, and whether the graffiti was vandalism or an intentional touch.

“That’s the first thing,” Trace tossed over her shoulder as I followed her down the dark, narrow hallway. “I assume she told you we livestream those practices to the website? You’ll have to sign off on that, and other publicity stuff. If, of course, you’re going to play?”

Stepping over the threshold into the only lit office, she spun around to catch my reaction. I skittered reflexively away from her gaze before forcing my eyes up from the shadows to meet her laser-blues. That accomplished, I felt a little cocky.

“Well, I just played. Did that get broadcast on your livestream?”

“So if I don’t sign, you guys are in breach already, right?”

Trace pursed her lips, then deliberately rearranged her features into a sweet smile.

“I suppose.” Her hand wave dismissed that thought as she leaned in with a secret to tell me, my new best friend in the treehouse.

“Christine, I really hope you will join us. You’re obviously talented, quite…pretty, just what we need to round out the show. Please, say you will.” She lilted her tone, tilted her head; a baby doll. Too sweet on purpose, almost over the top. She could have been more convincing, but she was letting me see her maneuver, almost daring me to call her out as a fake or believe her hook, line and sinker. I had no idea how to respond to this, and my awkward came out gruff.

“Why don’t you give me the stuff you want signed?”

Trace regarded me a few seconds longer, then moved slowly to the desk, landing softly in the chair. From a prepared folder, she slid me pre-filled release forms for media, safety and general liability, all convoluted language in 8pt courier. A personnel form required my Social Insurance Number. The volunteer agreement wanted permission for a police background check. There was even a form to verify that I had read and understood all the forms.

“You people want me to sign my life away.”

“Just any liability we might have for it. You take responsibility for yourself in these walls, and you let us use what we record. That’s what this jargon means. Are you in?”

I honestly couldn’t see any reason why not to sign. I didn’t love the idea of band practices broadcast online, but it might help build a local following.

I picked up the pen. She diligently signed witness after me on each sheet, stacking the results neatly back into the folder. After disposing of the last, Trace sat watching me, head cocked to the right, waiting for me to reveal whatever puzzled her, or maybe she expected me to transform into a chicken or something. What did she want? I didn’t expect her next question.

“You live with Chris? Bash’s friend from school?”

Why would she ask that? I felt like she really wanted something else. I decided to stick with simple answers.

“He’s a nicely-proportioned man, your Chris, quite attractive. We miss seeing him around here. For awhile, he was here all the time. Now, not at all.”

“Really?” I wished this was not news to me. My mind ran over conversations with Chris for any clue of his personal involvement with Timeless. I felt pretty sure he’d never mentioned this. I was also sure Trace had guessed that.

“Bash really misses him, but I don’t think Chris was ever coming here to see Bash.” I sat back as my suspicion gave way to certainty. Trace was leading me down a garden path. I itched to tell her to just get on with it. She looked thoughtful.

“Really, I don’t think we’ve seen him since Luca left.”

There it was. Now a simple question on my part to get her to the point. I almost couldn’t choke it out, but I managed.

She nodded her satisfaction as I spoke my line in the play she’d written.

“Luca, our disappearing sound tech. She and Chris seemed close…but then, she left, and now, you’re here, so, mystery solved! Maybe we’ll see more of Chris again, if you’re going to be around?” Trace smiled brightly, as though I’d cleared things up for her, knowing full well she’d just muddied my waters. “Well, I’ve got everything I need. We’re done here. Off you go!” She passed me a little booklet.

“Welcome to Timeless,” Trace stated, speaking the booklet’s title with raised eyebrows, prettily acknowledging the irony of her welcome. I wondered how she could pull that off.

“Um, thanks.” What else was there to say?